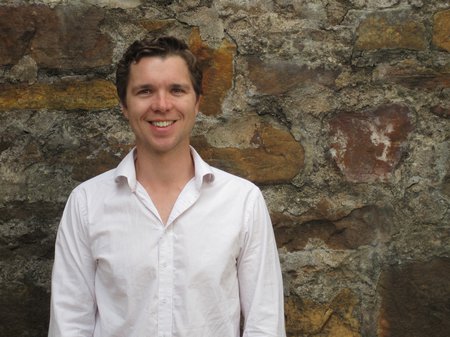 The Division of the Humanities and Social Sciences and the Caltech-Huntington Humanities Collaborations is pleased to welcome our research fellow for the 2017-2018 academic year, Rory Cox.

Coming to Pasadena from the University of St. Andrews in Scotland, Cox is an associate director of the university's Institute of Intellectual History and a lecturer in the School of History. His research covers intellectual and military history, including the ethics of war and violence, the relationship between the just war tradition and applications of violence, and the connections between premodern ethics and contemporary ethical and politico-military challenges.

Cox is also working on a new book project, Justifying War: From Antiquity to the End of the Middle Ages, which will be published by the Princeton University Press. This broad comparative history examines how ancient and medieval societies in the Near East and the West (c. 3000 BC - 1600 AD) thought about the relationship between war and justice, focusing particularly on the affinities and continuities that can be identified in the ethics of war over time and across cultures.