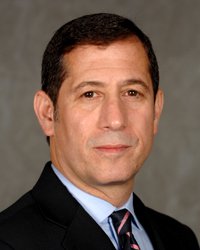 Hoffman's lecture was titled "The Rationality of Terrorism and Other Forms of Political Violence: Lessons from the Jewish Campaign in Palestine, 1944-1947" and was presented at Caltech as part of the CHHC's "Violence and Order Past and Present" module. Hoffman offered the following abstract for his talk: "Does terrorism work? Its targets and victims steadfastly maintain that it does not; its practitioners and apologists maintain that it does. Scholars and analysts are divided. But, if terrorism is as ineffective as many claim, why has it persisted for at least the past two millennia and indeed become an increasingly popular means of violent political expression in the twenty-first century? Using the Jewish terrorist campaign against the British in Palestine during the 1940s, this lecture will attempt to shed light on this question."